God of the Second Chance, Always Has a Plan, Joshua 8 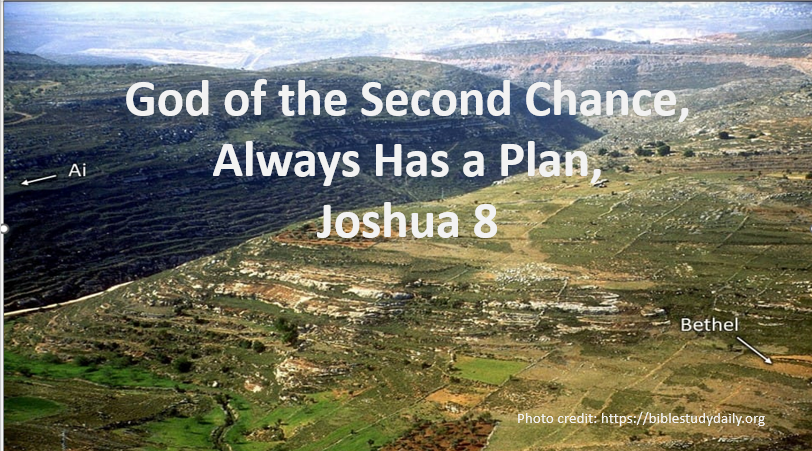 For I know the plans I have for you, declares the LORD, plans to prosper you and not to harm you, to give you a future and a hope.

1)   The plan isn’t as important as the Plan Maker.

God started making plans with Joshua straight out of the gate as we start chapter eight.

Joshua may have been shocked, considering that due to their recent defeat against Ai, he tried to throw God under the bus, and the whole camp was doomed for destruction due to sin.

But once the sin was dealt with, God acted as if it never happened and laid out a plan for round two.

Aren’t you glad, He does the same, for me and you?

The plan was simple:

Now the Lord said to Joshua: “Do not be afraid, nor be dismayed; take all the people of war with you, and arise, go up to Ai. See, I have given into your hand the king of Ai, his people, his city, and his land. 2 And you shall do to Ai and its king as you did to Jericho and its king. Only its spoil and its cattle you shall take as booty for yourselves. Lay an ambush for the city behind it.” Joshua 8:1-2.

Take the whole army, go up, and lay an ambush. That’s it, the whole plan in a nutshell.

Not as awe-inspiring as stopping the Jordan river or causing the walls of Jericho to fall.

That’s important to note. God’s plan doesn’t need to be grandiose. His voice is often the still, small, voice. His hand enters by way of a Babe in a manger.

2)  The plan is always according to His Word.

As usual, Joshua relays the message from God, to the people. Joshua 8:3-8. He adds a few details and just to be sure we know it’s from God, he closes the discourse by saying:

According to the commandment of the Lord you shall do. See, I have commanded you. Joshua 8:8.

We will never hear God tell us anything that contradicts or goes against His written Word. Everything we need to know to follow His plan can be found in His Word.

Of course, it doesn’t say, “Thou shalt live at Whispering Pines RV Village.” But it does tell us that His sheep, know His Voice and a stranger’s voice they will not follow. John 10:4-5.

We can hear His voice, feel His peace, sense His direction.

Be anxious for nothing, but in everything by prayer and supplication, with thanksgiving, let your requests be made known to God; and the peace of God, which surpasses all understanding, will guard your hearts and minds through Christ Jesus. Philippians 4:6-7.

Trust in the Lord with all your heart,
And lean not on your own understanding;
In all your ways acknowledge Him,
And He shall direct your paths. Proverbs 3:5-6.

His plan doesn’t need to be perfect on paper, or to line up logically; we only need follow His lead. He will make it work. Like the waters of Jordan and walls of Jericho.

“For as the heavens are higher than the earth, So are My ways higher than your ways, And My thoughts than your thoughts. Isaiah 55:9.

“Wisdom that is from above is first pure, then peaceable, gentle, willing to yield, full of mercy and good fruits, without partiality and without hypocrisy.” James 3:17.

So those in ambush arose quickly out of their place; they ran as soon as he had stretched out his hand, and they entered the city and took it, and hurried to set the city on fire. Joshua 8:19

Joshua had to stop running from the giants, and turn and face them. Make no mistake, God’s plan involves facing giants.

They (and we) are told over and over to be strong and courageous, because over and over, there’s temptation to be weak and cowardice.

They were watching, they were ready, as one they arose quickly from their place, when the signal was given. They did not stay hidden, but hurried to fulfill their mission.

We must do the same.

Lord, give us that courageous, unified, selfless heart of a warrior.

And when the men of Ai looked behind them, they saw, and behold, the smoke of the city ascended to heaven. So they had no power to flee this way or that way, and the people who had fled to the wilderness turned back on the pursuers. Joshua 8:20.

Notice what happens when they see the smoke.

Evidence of God’s plan in action, causes the enemy to flee.

When we get busy being about our Father’s plan, fear will flee from the foot of faith, anxiety will be washed away by a wave of peace, worry will scramble out of the way of worship.

Therefore, submit to God. Resist the devil and he will flee from you. James 4:7.

Now when Joshua and all Israel saw that the ambush had taken the city and that the smoke of the city ascended, they turned back and struck down the men of Ai. Joshua 8:21.

The pursed, becomes the pursuer. The hunted the hunter.

Suddenly they’re the head and not the tail; above only, and not beneath. Deuteronomy 28:13. (After this battle, Joshua will build an altar and  inscribe this scripture on it. Lord willing, this is what we'll look at next week. Joshua 8:30-35.).

Jesus tells us, He will build His Church, and the gates of hell will not prevail against it. Matthew 16:18.

That means, God’s plan is for His Church to be on offense. Just as the first words He spoke to man, be fruitful, multiply, fill the earth, have dominion, subdue it.

So it was that all who fell that day, both men and women, were twelve thousand—all the people of Ai. Joshua 8:25.

Joshua mustered an army of some thirty-thousand mighty men of valor, to go against Ai, who, now we find out had a mere twelve-thousand, total, including men and women.

You may be thinking, God didn’t need to help, Ai was outgunned and outnumbered by far.

There is a message to us here, but it isn’t in the victory.

Remember, the first attempt at Ai, they went without God’s plan. They said Ai was small, no need to muster all the troops, a few thousand will do. However, Ai, was several times larger than Jericho, which only had about two or three thousand people.

Yet, through their pride-colored glasses, they saw Ai as tiny.

Outside God’s plan, even more than enough, is not enough.

The message is clear. Outside God’s plan, we become blind fools. Confusion takes the place of sound mind and strategy.

They had enough strength for victory. There were more than enough people (gas, baby food, Christmas trees, votes)…but a shortage of humble God seeking, stopped the supply chain of God’s presence and wisdom and blessing.

They ran under their own power and pride, and failed.

And since they did not see fit to acknowledge God, God gave them up to a debased mind to do what ought not to be done. Romans 1:28.

…because they did not receive the love of the truth, that they might be saved.  And for this reason God will send them strong delusion, that they should believe the lie, 2 Thessalonians 2:10-11.

Lord Jesus, we have more than enough, yet, there’s holes in our bucket. Help us hold fast to You, remove the sin, and patch the holes.

Dear Lord, there’s giants in the land. Give us a plan. As long as Your Church is on this planet, You said those giants of hell can’t prevail against it. Give us a plan, Lord. They can’t have our children, our schools, our neighborhood, our city, our county, our nation. Take us out of here, bring us Home, or give us a plan, to stand, to take back our land. Let it be, when Your face we see, we’ll hear You say, “Well done…” and when we look around, let us see, that none of those You’ve entrusted to us, were left behind.

We love You, we thank You, forever, and ever, amen. 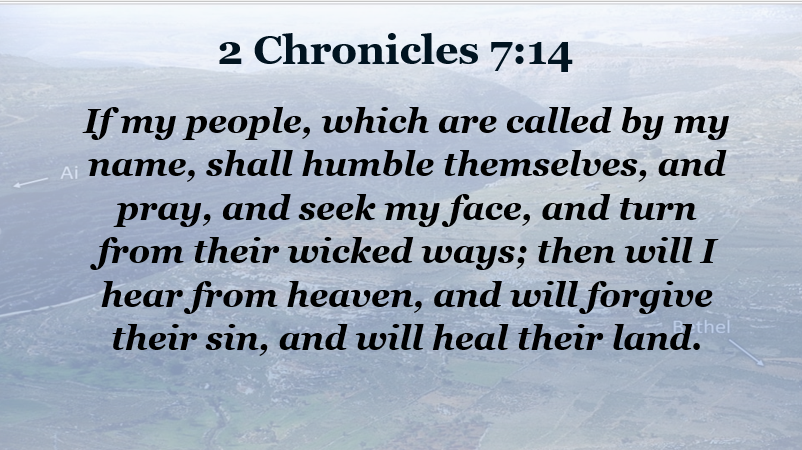 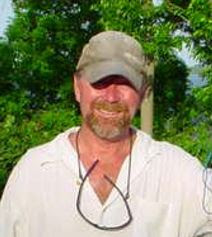 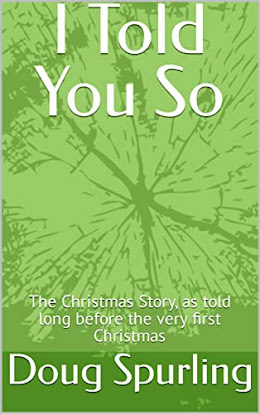 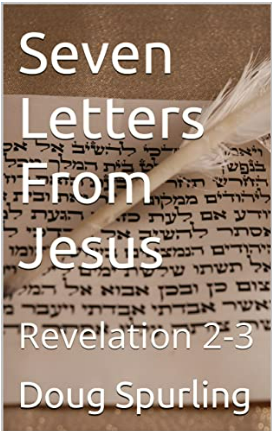 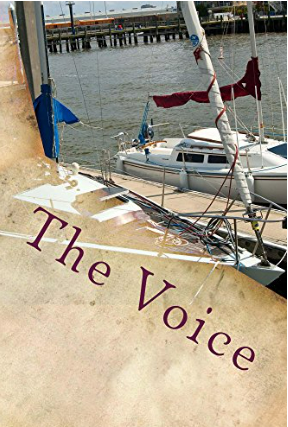 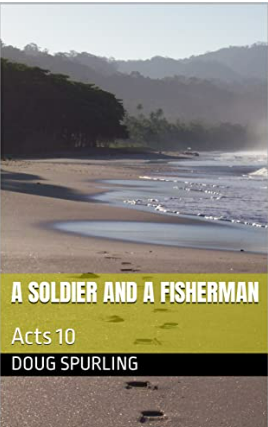 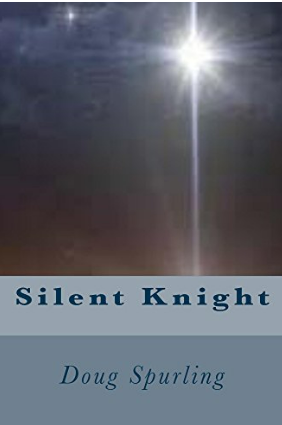