We call him Mick

I didn’t know who they were playing.

I hadn’t watched a game all year.

But, for this particular game, I purchased tickets, months in advance.

I wouldn’t have missed it for the world.

Our family even rented a bus, to haul us all.

The sky had turned black.

It had rained most of the day.

But before the first pitch, the sun broke through.

Before the first pitch, I could’ve gone home…and it would’ve been worth it.

We called him Mick.

But the name that echoed through Target Stadium and flashed off the jumbotron was Henry.

I’m sure Tim McGraw would’ve loved the chance to stand next to this United States Marine, who’s a living breathing example of Tim’s song, “Live like you were dying”

Just before our National Anthem, these words echoed through hundreds of speakers and thousands of ears. This was the reason we bought tickets months in advance, piled in a bus and rode for three hours…this was why we were here.

Mick stood in front of a wheel chair, seven from his family, shoulder to shoulder beside him. Their arms out, palms up, the red, white a blue draped across fourteen arms.

Mick turned the handle that raised the Stars and Stripes.

The flag rose, the choir sang, and off in the west the sun slid out from behind the clouds.

Around and around Mick turned the handle, cleaning one of his last wishes out of his bucket list.

Family and friends gathered around, hands on hearts, praying him well.

The choir sang, “And the rocket’s red glare, the bombs bursting in air,”

Seventy-six years of swinging rifles, hammers and fishing poles…and now this, chemo. His arm started to quiver. He’d asked two of his boys to stand by, just in case.

Just when his strength had reached its end, he felt the clasp at the top of the pole, lock Old Glory in place.

I swear he grew a half a foot taller, he stood up straight and strong and although his arm was quivering he raised it into the finest salute I ever saw.

Sons and daughters, friends and relatives and thousands of fans watched as the wind picked up and the flag snapped to attention.

Some had hands on hearts, those who’d served saluted the flag…all but one; a son.

He stood at attention and saluted...
his dad.

Oh, say does that star-spangled banner yet wave
O’er the land of the free and the home of the brave?

Yes, indeed. It does. 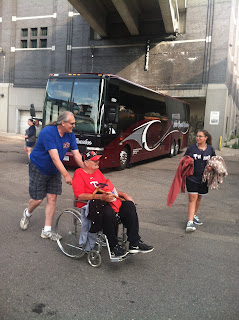 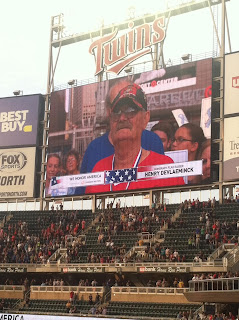 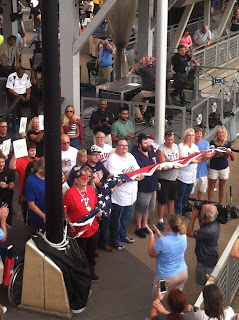 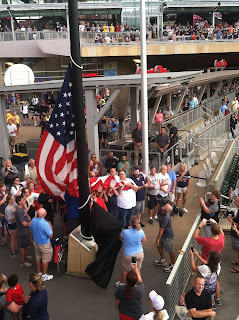 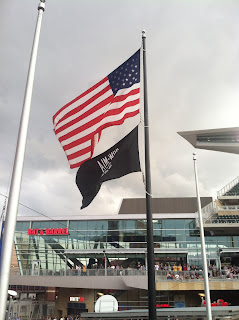 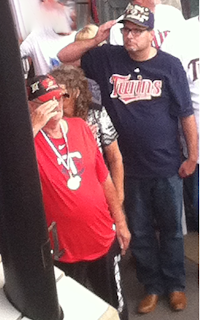 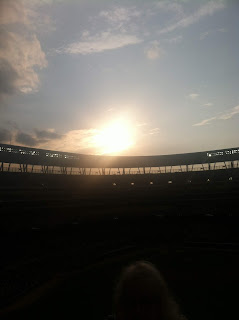 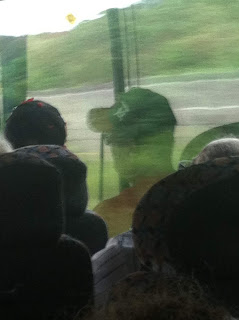 Oh how this been cheerful tears to my eyes..You couldnt of wrote anything ant better then this..
Thankyou Doug so awesome..🇺🇸 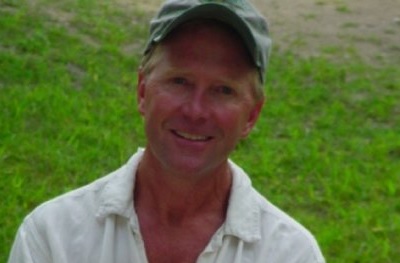 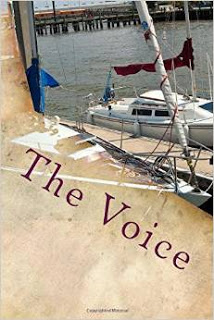 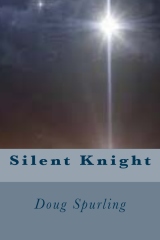